Army and Canisus skated to a split of the weekend series, this time with Army winning game 1, and Canisus taking game 2. 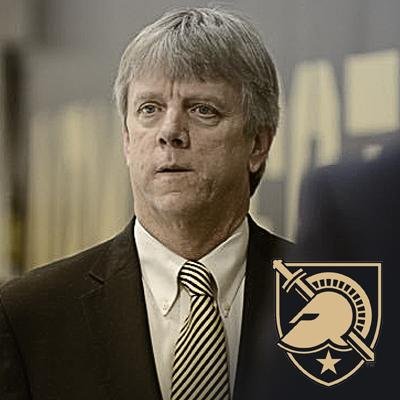 The Black Knights put up 5 goals by 5 different goal scorers to take game 1 of the weekend series, 5-4. Daniel Haider, Dominic Franco, Dalton MacAfee, Zach Evancho, and Mason Kreuger each potted one against the Golden Griffins, to lead an extremely balanced Army attack. Canisus actually struck first at 2:38 of the 1st, with Ian Edmondson scoring. The Knights got the next 2, with Dominic Franco getting the go ahead goal with the apple going to goaltender Jared Dempsey. The 2 teams would trade powerplay goals in the 2nd, followed by Canisus getting an even strength goal before the end of the frame to tie the game 3-3. MacAfee’s PP tally is worth a look at, as the pass right before is a beauty.

Army followed with 2 unanswered goals in the 3rd about 3 minutes apart, including a late one by Kreuger Mason. The Golden Griffins would score late, at 18:23 of the 3rd to make it 4-5, but that’s where their rally ended, and Army won 5-4. This game was extremely exciting and competitive. The 2 teams combined for 12 penalties, 24 penalty minutes, with each team taking 6 penalties each. The shots were also very close, with 24 for Canisus, and 29 for Army.
Fun fact: This was coach Brian Riley’s 100th win on home ice.

Another exciting game falls the way of Canisus in game 2. Tucker DeYoung opened the scoring for Army at 2:39 of the 1st period, only 1 second later than Canisus had opened game 1. Ian Edmondson would answer for Canisus and the 1st period ended 1-1. Once again, Army struck early, with Trevor Fidler scoring at 5:36 of the 2nd. That would be where the Knights scoring would end. Canisus scored 3 unanswered goals, including back to back goals from Dylan McLaughlin. McLaughlin would tack on an assist on the 4th Canisus goal, to end the night with 3 points, and a defeat for the Cadets. Penalties were down, only 6 penalties/12 minutes in this game, with Canisus taking 4 of the 6. The Knights powerplay couldn’t connect on any of their powerplays, elapsing 5 minutes and 23 seconds. Canisus scored on 1 of their 2 powerplays, which was the go-ahead goal in the 2nd. Shots were up, with 35 for Army, and 32 for Canisus. Blake Weyrick had a stellar game in net for the Golden Griffins, putting up a 33 save effort. Jared Dempsey finished with 28 saves on 32 shots.