First, the good news: It’s homecoming this week which means Spirit Splash! Also, UCF has a winning record and a shot at achieving their 2019 goals, albeit a slim one.
The bad news? They’re on the outside looking in and hoping to find some answers on offense.
Following the first of 2 bye weeks due to a quirk in the 2019 schedule, the UCF Knights football team is looking to regroup after an up-and-down first half of the season. The Knights need help to accomplish their preseason goals, which include a conference championship and a NY6 bowl berth.

At 3-0 after drubbing what’s turning out to be an o.k. Stanford team, UCF was looking to finally put together a CFP-worthy resume. True freshman quarterback Dillon Gabriel looked to be the second coming of McKenzie Milton. The defense played the best it has since before the 2015 season.
Then the Knights got the Pitt treatment. Once a year, the Pittsburgh Panthers are good for one massive upset. The defending ACC Coastal champions handed UCF its first loss of the season (and first regular season loss since 2016). I don’t want to rehash such a frustrating game that the Knights could have (and should have) won, but I will leave this gem here for posterity:

The first loss of the season certainly put a damper on any non-existent CFP hopes the Knights had, but the second loss of the season might have been the most devastating in years.
On a Friday night in front of the nation, the Knights laid an egg. The defense played well all things considered. They only gave up 20 points (Gabriel threw a pick six for the other seven). The offense, though, could not get in sync. The long passing game was off. The red zone offense could not finish.
It was another game the Knights could have (and should have) won. Instead, UCF is on the outside looking in. They need help to win the division (Cincy needs to lose twice and UCF has to win out). They need a miracle to earn a NY6 berth (what’s all that one-in-a-million talk?).

Taking Stock of the AAC

In a somewhat ironic twist, the AAC has never been stronger even with UCF having a down year.
The best team arguably is #19 SMU, who boasts an undefeated record with a win at #25 TCU. The other team one could argue is the best is Cincinnati, who has a win over UCF with its only loss at Ohio State.
The AAC also boasts four other 1-loss teams: Temple, Tulane, Navy, and Memphis. Temple inexplicably lost to Buffalo but has otherwise looked really good. Tulane’s only loss came on the road to a pretty good Auburn team. Navy’s only loss is at Memphis, and Memphis’ only loss is at Temple.
Altogether, the AAC ranks just behind the ACC in Bill Connelly’s SP+ rankings. Without lame duck UConn, the AAC would be tied with the ACC. In fact, the AAC West and the ACC Atlantic (with Clemson, yes that Clemson) are separated by a minuscule 0.1 points. 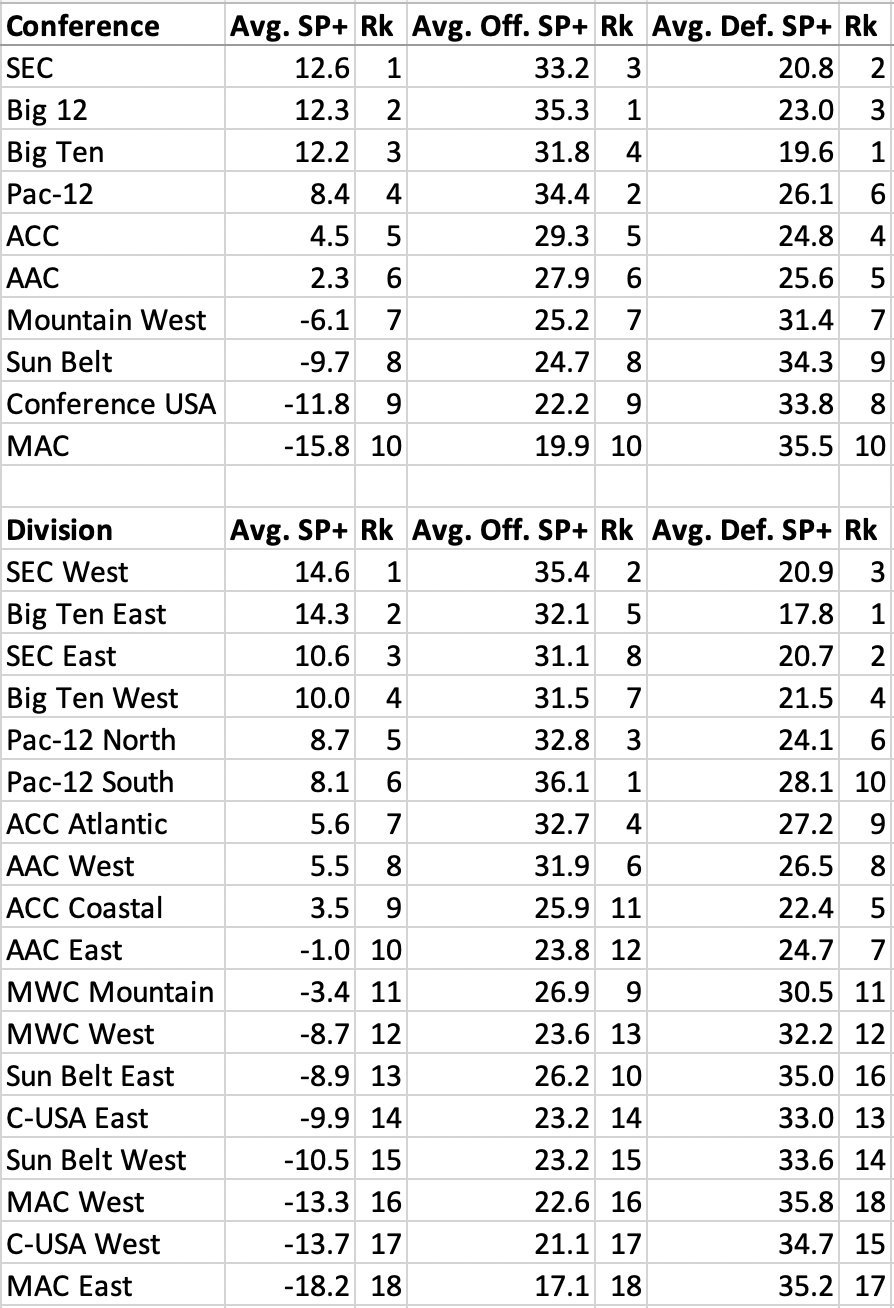 The rankings could turn out much differently in the end, but it really does look like the league is as solid as it has been since its inception.

The Knights still have a lot to play for. UCF is a very good football team with two losses on the road in revenge games where the Knights embarrassed both teams last year. Oh, and those losses come by a total of 4 points where the Knights mistakes were the difference.
The journey ahead is not as easy as it once looked. Road trips to Temple, Tulsa, and Tulane are treacherous to say the least. Home games against ECU, Houston, and USF should be easily winnable (although you never know with a rivalry game).
Should the Knights win out, a 10-2 record is very respectable and something this team can build on even if they don’t win a championship and play in a marquee bowl game.
This stretch will test the character of this team, the integrity of the fan base, and the coaching prowess of Josh Heupel.
Buckle up, Knights fans, it’s going to be an exciting second half.